May 20, 2017
Originating from Brahmagiri Mountains in trimbakeshwar, River Godavari meets the sea near Rajahmudry.

Shaivism
Shaivism regards Lord Shiva as the Supreme God. The other deities are worshipped as aspects of him.  It is believed that Lord Shiva’s worship began in the mountains of the Indian subcontinent. With time, it migrated to other regions. Saiva Siddhanta, Kashmiri Shaivism, Vira Shaivism, Pasupatha Shaivism and Nath Shaivism are the important sects of Shaivism.
Shaivism does not believe in incarnation of God. It believes that God is omnipresent and omnipotent. Instead, during the course of creation , it assumes many forms, names and appeareances. Shiva is considered as the cosmic being.
The amount of information that we have on Lord Shiva is much lesser than what we don’t know. Shaivism is the first antithetical movement agiants Vedic Casteism, and it was long before Buddhism emerged as a major religion. 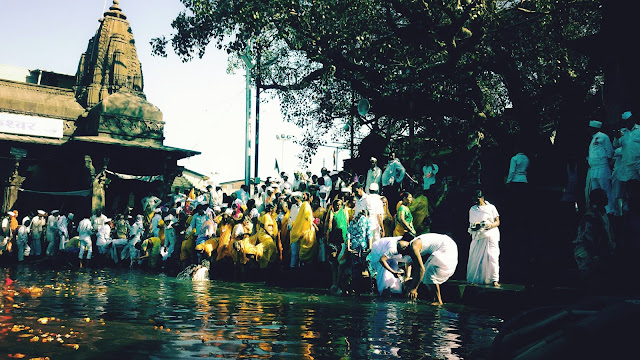 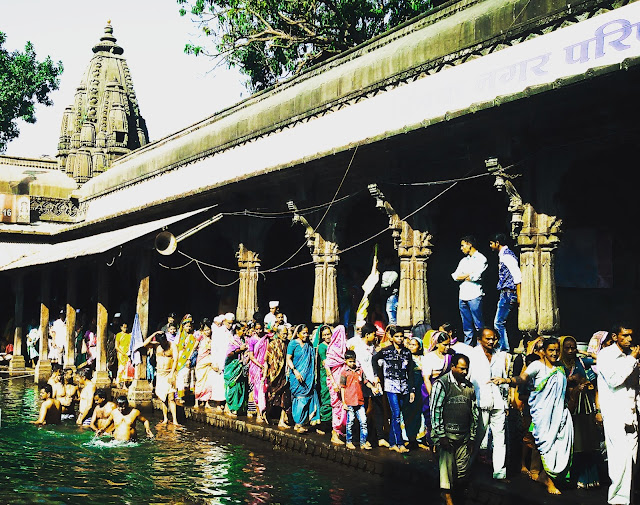 Conflicts
Shiva Purana is one of the 18 Purana texts in Hinduism. According to it, there was an intense debate over supremacy between Lord Brahma (the God of Creation) and Lord Vishnu (the God of Preservation).  Lord Shiva as an arbiter tried to settle this debate by piercing the three worlds appearing as a huge infinite pillar of light. Lord Vishnu went downwards and Lord Brahma went upwards to find the end of light in either direction. Lord Vishnu conceded defeat while Lord Brahma lied that he found the end. Lord Shiva appeared as the second pillar of light and cursed Lord Brahma . Lord Shiva appeared in front of them in a form that they could comprehend and understand.
Jyotirlinga represents the Supreme God, Shiva. Literally, it means ‘ The radiant sign of Lord Shiva’. On this Jyotirlinga, the Sun, the Moon and Agni form the three eyes located at different directions. It is believed that anyone who worships the Jyotirlinga is worshipping all the Three Gods – Lord Brahma, Lord Vishnu and Lord Shiva.
Lord Shiva showed himself as a Jyotirlinga on the night of the Aridra Nakshatra. It is believed that a person can see the Jyotirlingas as columns of fire piercing through the earth as he reaches a higher level of spiritual attainment.Each Jyotirlinga site takes the name of the presiding deity. Basically, The Jyotilinga signifies the infinite nature of Lord Shiva. At the highest level, Shiva is regarded as formless, limitless, transcendent and unchanging absolute Brahman and the primal Atman (soul, self) of the universe.
The location of the 12 Jyotirlingas are  Somnath(Gujarat), Mallikarjuna Swami( Andhra Pradesh), Omkareshwar ( Madhya Pradesh) , Mahakaleshwar ( Madhya Pradesh) , Kashi Vishwanath Temple ( Uttar Pradesh), Baidyanath Temple ( Jharkhand), Kedarnath (Uttarakhand), Bhimashankar ( Maharashtra), Rameshwar (Tamil Nadu), Grishneshwar (Maharashtra), Nageshvara Jyotirlinga (Gujarat) and Trimbakeshwar Shiva Temple ( Maharashtra) 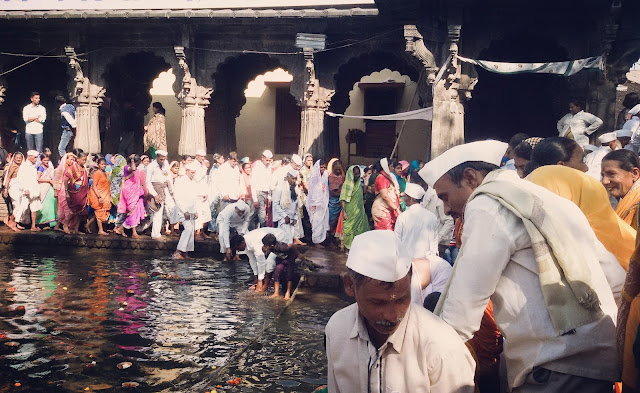 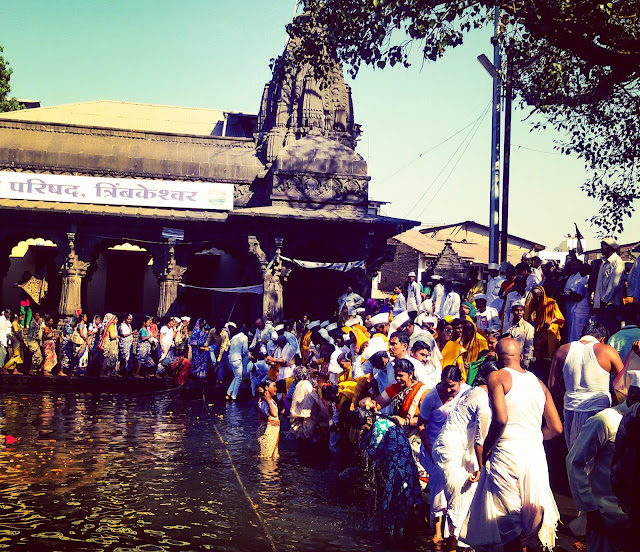 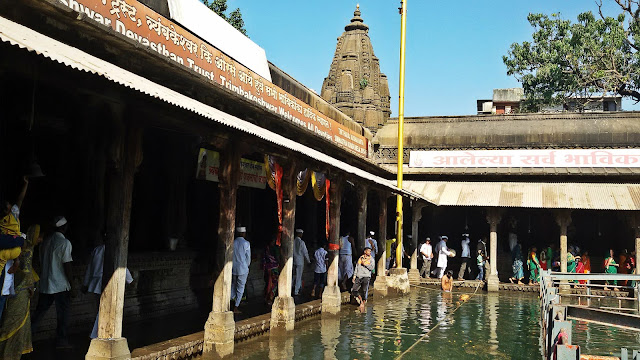 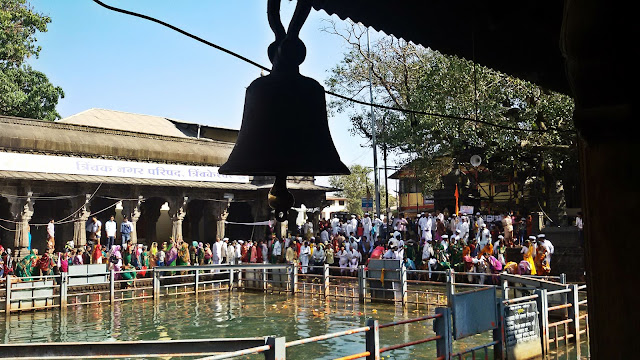 
The Shaiva and the Vaishnava Sadhus (sages) used to take a holy dip in River Godavari. Both the followers wanted to bathe first which led to a dispute. The peaceful gathering turned out into serious conflict. Swords, Trishuls, Sticks, Bhalas and knives came out to slaughter each other. Bloodbath followed. After a lot of disputes and debate, it was decided that the Shaivas will bathe at Trimbakeshwar and the Vaishnavas will bathe at Nashik 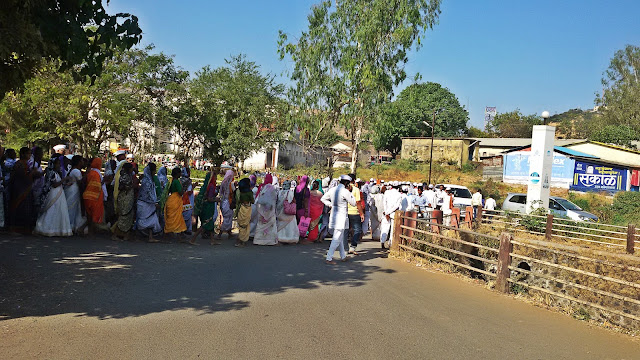 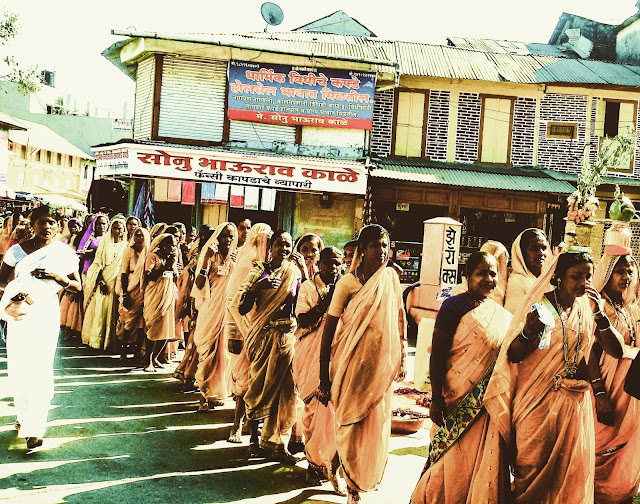 “This is the gist of all worship: to be pure and to do good to others. He who sees Shiva in the poor, in the weak, and in the diseased, really worships Shiva. And if he sees Shiva only in the image, his worship is but preliminary. He who has served and helped one poor man seeing Shiva in him, without thinking of his caste or creed or race or anything, with him Shiva is more pleased than with the man who sees Him only in temples.” – Swami Vivekananda
Maharashtra Mythology and HIstory