March 09, 2016
"Once you have come to be a part of this particular city, you'll never love another. Like loving a woman with a broken nose, you may well find lovelier lovelies. But never a lovely so real."
- Nelson Algren

Chicago is the third most crowded city in state of Illinois in the United States. Some of the major tourist attractions in Chicago are Millenium Park, Willis Tower, Navy Pier, Art Institute of Chicago, Shedd Aquarium, Adler Planetarium, Field Museum of National History, etc.

As the French explorers and traders landed, Chicago's written history started in the late seventeenth century. The present day city was fused in 1837 by Northern businessmen and quickly grew to a commanding position in the rising inland transportation system, in view of lake activity and railways, controlling access from the Great Lakes into the Mississippi River basin. 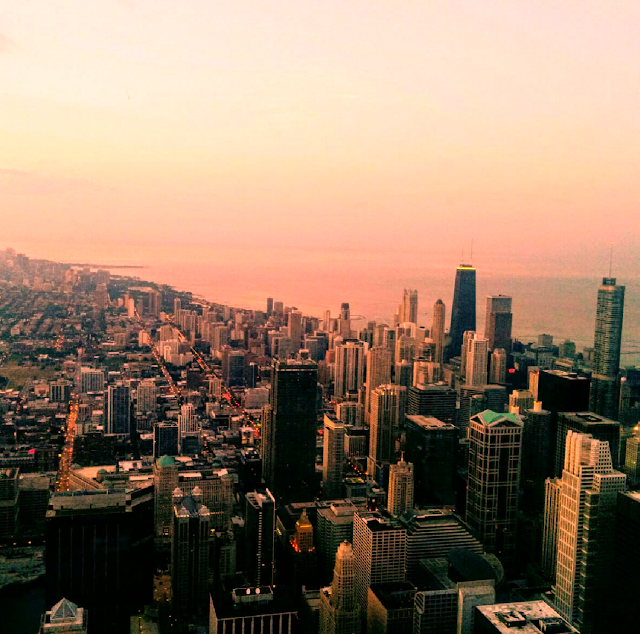 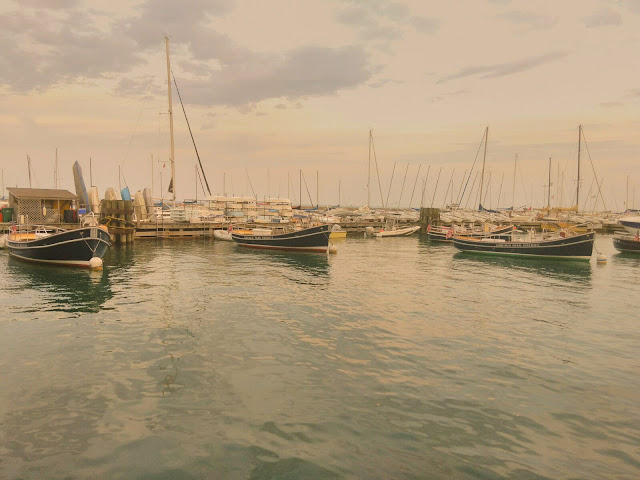 Chicago had been an attractive spot for European migrants—at first Germans, Irish and Scandinavians,and afterwards, Jews, Czechs, Poles and Italians from the 1890s to 1914. All of them were caught up in the city's intense ward-based political machines. Many joined militant labor unions, and Chicago became notorious for its violent strikes, and high wages.  Numerous joined activist guilds, and Chicago became infamous for its labour strikes, and high wages.During World War I,a lot of African Americans relocated from the South. Mexicans began touching base after 1910, and Puerto Ricans after 1945. After 1970, deindustrialization shut the stockyards and most of the factories and mills but Chicago continued to be the commercial and transportation hub.

The Willis Tower (or the Sears Tower) is the tallest building in the United States and offers 360-degree view of Chicago from the 103rd floor, Skydeck.

With an after-dark society as boundless as its horizon, Chicago is the ideal playground for any traveler. The Windy city is acclaimed for its popular music bars with a reputation for being noteworthy for their sound.The high rise bars are known for the parties with staggering views of Chicago’s architecture as the backdrop. The Adler Planetarium provides a magnificient view past the city's Skyscrapers 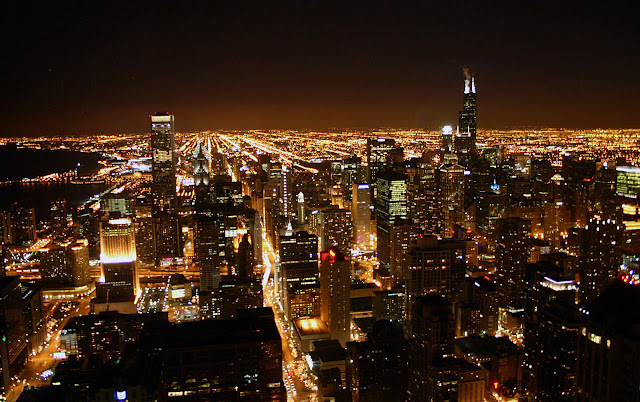 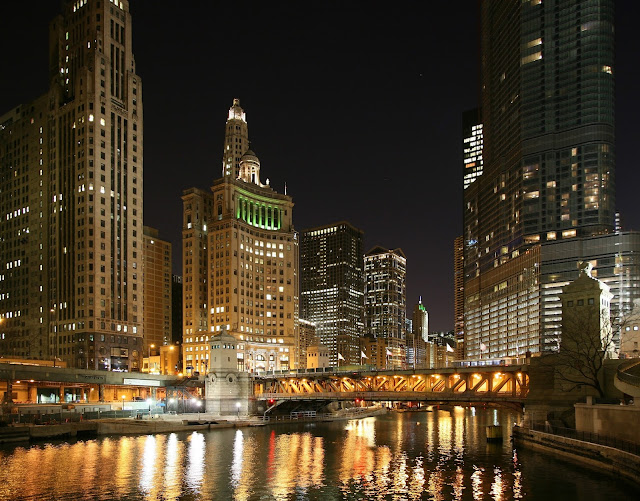 One of the major tourist attractions of Chicago is the Navy Pier. Navy Pier is a 3300 foot long wharf on the Chicago shoreline of Lake Michigan. Its basic role was as a load or cargo facility for lake vessels, and distribution centers were developed up and down the Pier. The Chicago Children's Museum is a part of Navy Pier, with a wide range of displays and exercises for both kids and grown-ups to appreciate while going to the museum 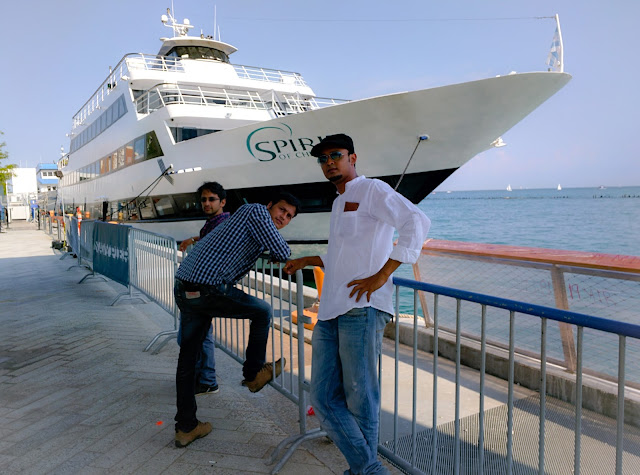 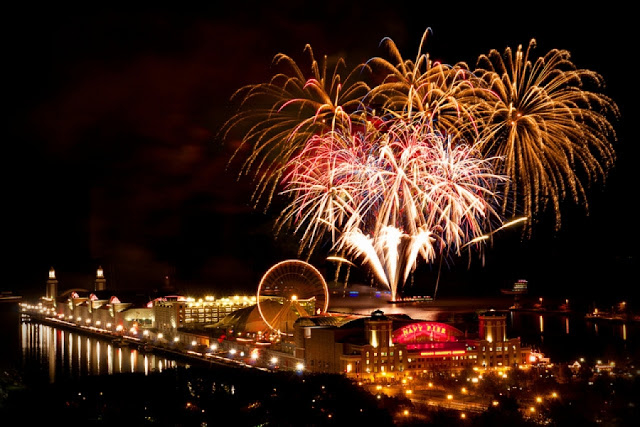 Fireworks on Wednesday and Saturday evenings during the summer is an enduring memory. The open aired vessels give a continuous  panoramic view of the scintillating firecrackers shows with the charming Chicago horizon as the backdrop. The scene can be delighted in as one of the most spectacular views of the Navy Pier fireworks from one of the strategically found positions on the lake. The Navy Pier Fireworks can also be viewed from any of the high rise building tops. 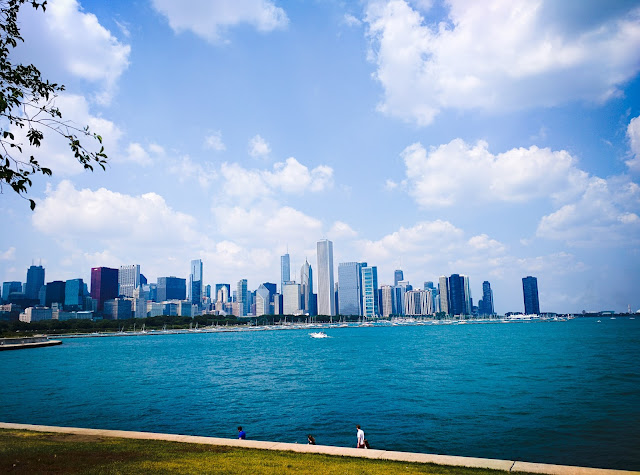 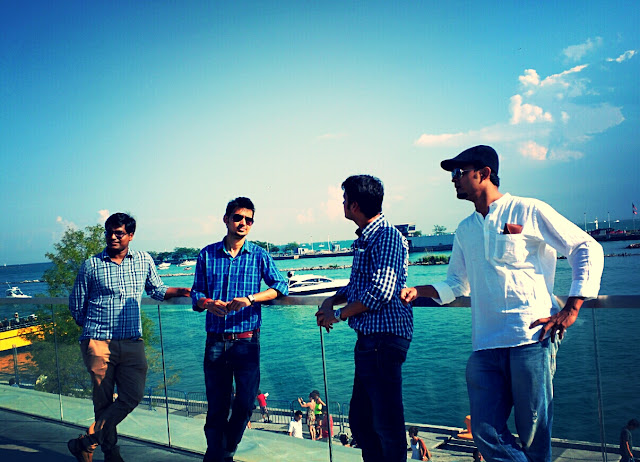 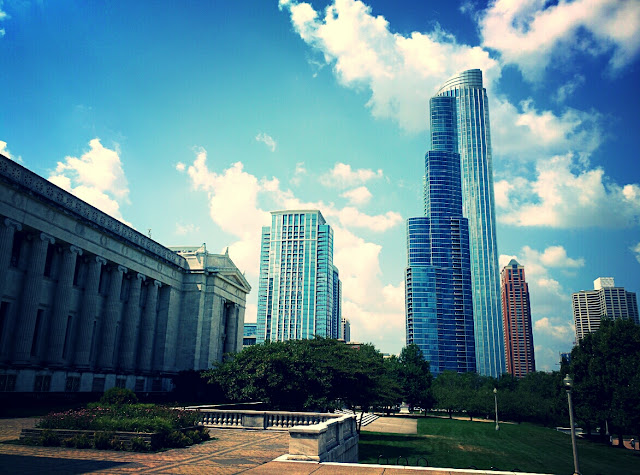 The obliteration brought about by the Great Chicago Fire prompted the biggest building boom ever. In 1885, the principal steel-frame elevated structure, the Home Insurance Building, ascended in the city as Chicago introduced the high rise era, which would then be trailed by numerous different cities around the world. Today, Chicago's horizon is among the world's tallest. A large percentage of the United States' tallest towers are situated in Chicago; Willis Tower ,Trump International Hotel and Tower, the Fine Arts Building, 35 East Wacker, and the Chicago Building are some of the prominent names. 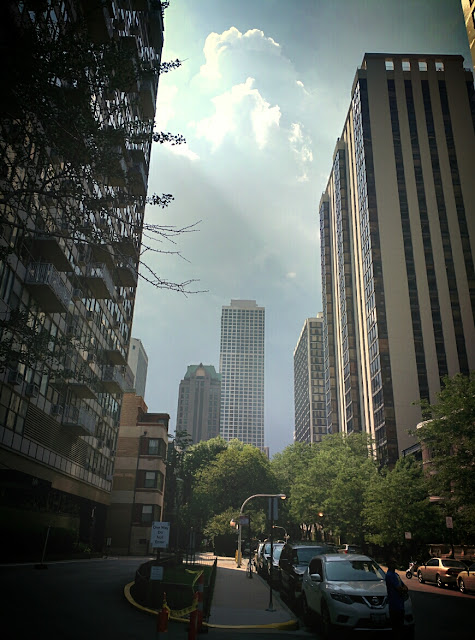 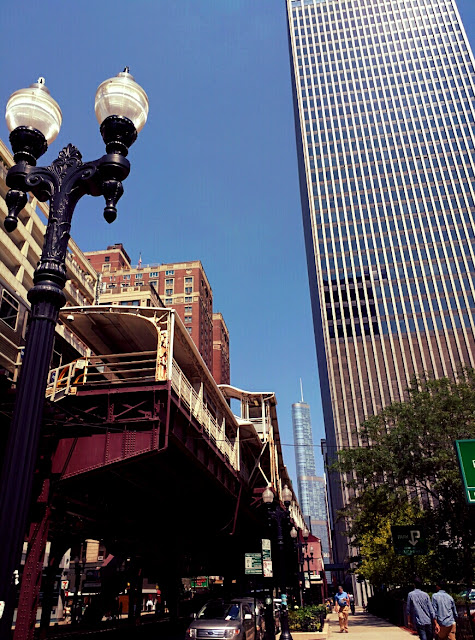 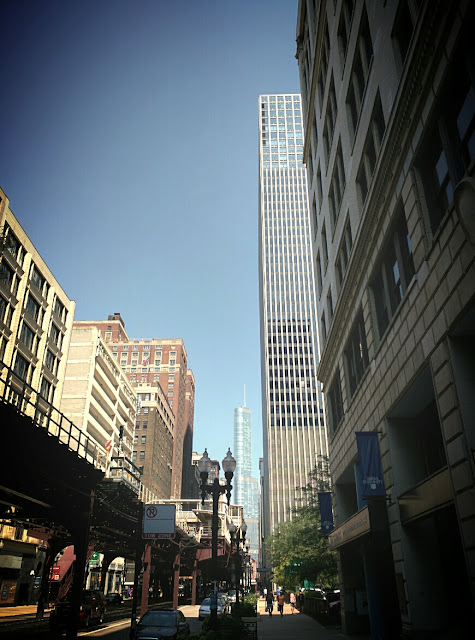 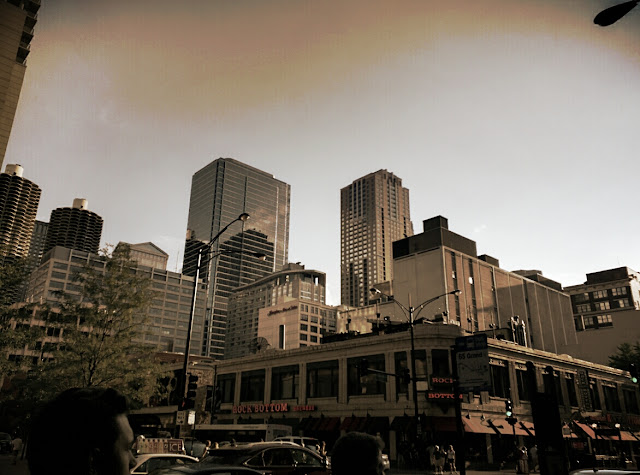 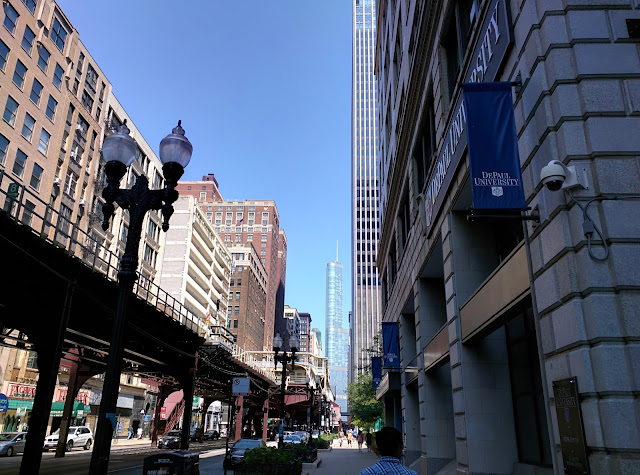 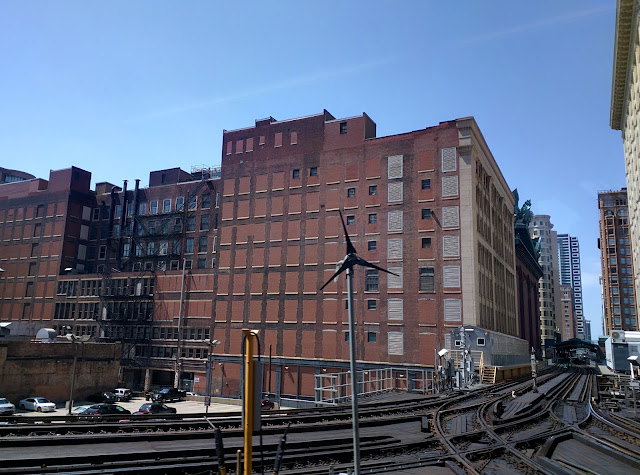 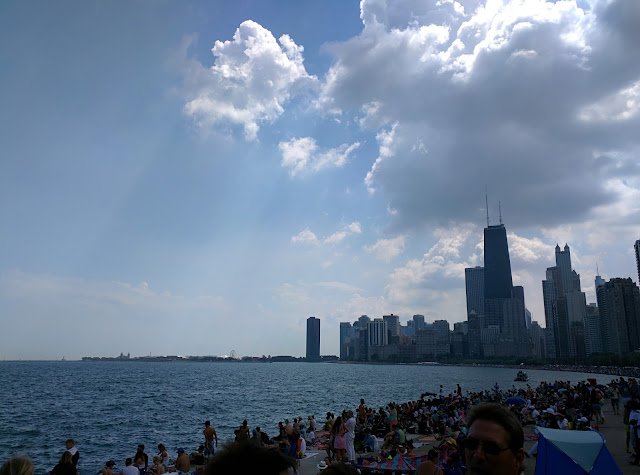 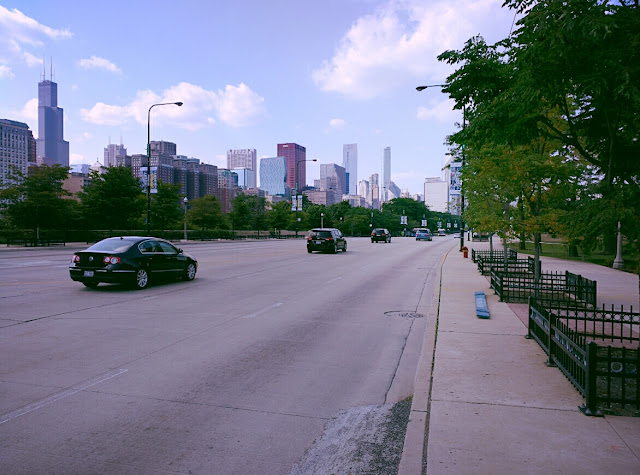 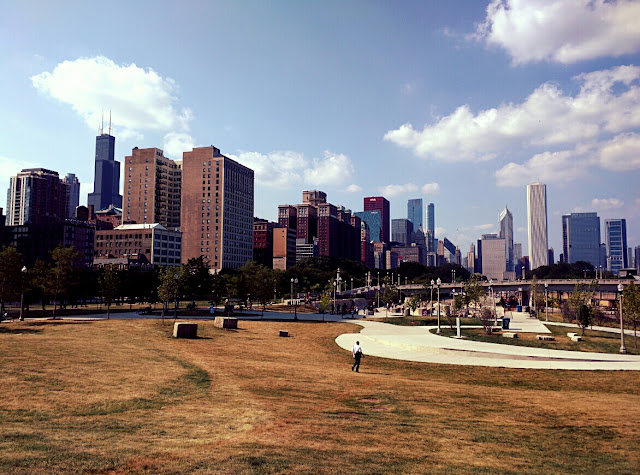 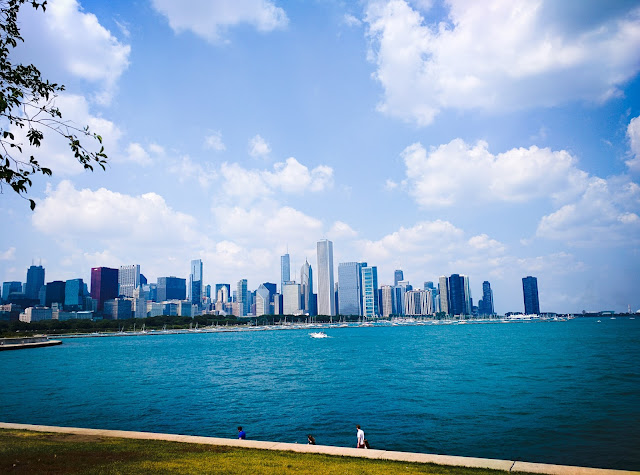 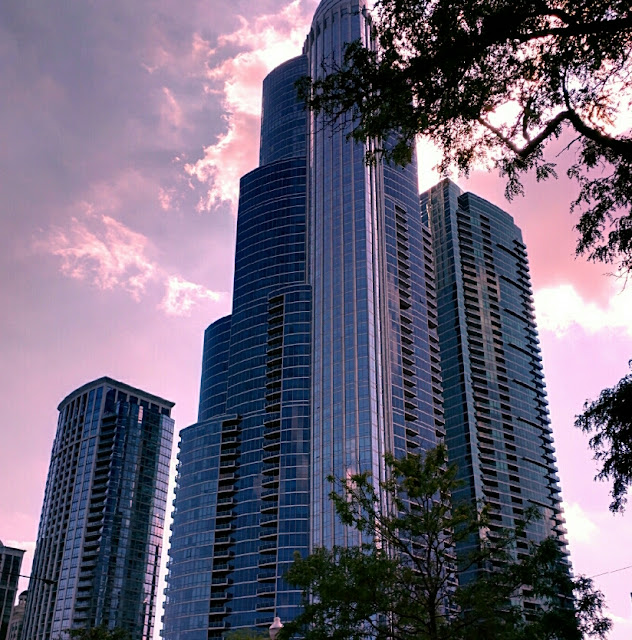 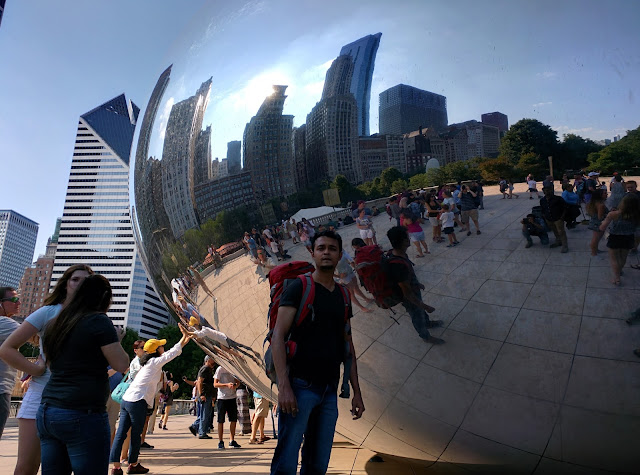 " Chicago happened slowly, like a migraine. First, they were driving through countryside,then imperceptibly, the occasional town became a low suburban sprawl, and the sprawl became the city."- Neil Gaiman
Chicago USA